Trinity Architects is a multifaceted commercial and residential Architecture firm whose designs are rooted first and foremost in the dreams of the client and the character of each particular site. We are stewards of the land, and if construction is to be orchestrated, we take a strong responsibility through our actions of design to determine how it will directly and ultimately affect our planet. Our goal is for that impact to be minimal and our solution to be the optimal organic fit. We operate as conservationists by employing materials and methods that are not only of special interest to our clients but are also in the best interest of our working and living environment. We have documented experience in a large spectrum of project types throughout the U.S. and more specifically Central Texas. Those projects include performing arts, retail, office buildings, churches, schools, fire stations, healthcare, memorials, residences, and renovations of existing structures.

We are motivated and inspired by the ideas of our clients, our continuing education process, and the world around us. It may be the architecture of our peers, conversations with clients, the works of the great masters, a painting, a song, a film, a photograph, our travels, a book…all of it manifests in our final product. Put simply, we take our work seriously and we love it and all of its processes.

Webb started his career in 1987 framing a bay window for a house less than a mile from the Trinity River in Dallas. Several months later he drove by and saw a small child sitting at this very window of her new home smiling at the neighborhood she had just moved into. From that day forward he knew architecture could positively affect other lives. After graduating from the University of Texas at Arlington, Webb designed and built hundreds of homes in Northeast Texas from as far north as the Red River to as far south as the Trinity River in Kaufman County. During the mid-nineties he operated an office in Greenville, Texas before eventually becoming the lead designer for a major home builder in Dallas, Texas where he served through 1998. Later that year he moved near Pittsburgh, PA where he immersed himself in steel construction for an architecture firm who designed churches, schools and hospitals in Pennsylvania, New York, Maryland, and Virginia. In 2001 Webb moved to Northern California where he was primarily involved in the design and construction document phases of school production. He lived above the banks of the Trinity River in the Trinity Mountains and worked overlooking Santiago Calatrava’s Turtle Bay Bridge as it spanned the Sacramento River.  In 2002 Webb relocated to Central Texas where he worked for a Round Rock firm until 2009. He was employed as a Senior Project manager where his design and management skills took flight. His most notable projects during this tenure were an estate home built by White Construction in Rob Roy of Austin, the Hills Fitness Medical Office Building built by Raymond Construction, the Williamson County Children’s Advocacy Center along with numerous buildings for Jimmy Jacobs Development, and the Round Rock Amphitheater built by Fazzone Construction. In 2002 Webb’s design was considered for the 9/11 Memorial competition for flight 77 that crashed into the Pentagon. Webb’s work has been published in Architecture and Urbanism, Arkkitehti-Finnish Architectural Review, and Fisuras de la cultura contemporanea. He also published a book of his own work in 2009.

Webb is an author, publisher, filmmaker, photographer and painter. He enjoys fly fishing, kayaking, golf, hiking, and most of all spending time with his wife and two young sons. His love for the outdoors has been further enriched by the writing of Henry David Thoreau and most recently John Grave’s, Goodbye to a River. He’s happiest when he is exploring a new river or a bend in an old river that he’s never seen – design perfection. 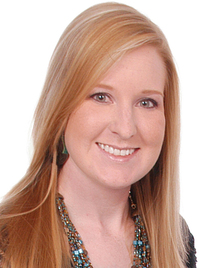 Ganze has nurtured a love of creativity and problem solving since childhood, setting her sights on an architectural career before she started high school. She immersed herself in art and drafting—drawn to the idea of creating form from concept and influencing the world through that form. Ganze attended Texas Tech University in Lubbock, Texas, graduating with honors while receiving both her Bachelor of Science in Architecture and Master of Architecture degrees. She immediately began her internship with an Austin, Texas design firm that specialized in both high-end custom homes and commercial architecture, giving her a diverse spectrum on which to begin her career. In late 2005 she took a position with a small design firm in Round Rock, Texas, where she and Webb worked together. It was there that she completed her internship and became a licensed architect while serving as Project Manager. While she was primarily involved in the design and construction document phases of a wide range of commercial projects, she gained valuable experience in all aspects from pre-design to construction observation. Since co-founding Trinity Architects in 2009, Ganze has managed design and construction documents for a multitude of project types, ranging from restaurants to office buildings, preschools, places of worship, and custom homes.

Ganze enjoys painting, graphic design, reading, gardening, and traveling. She spends most of her free time with her husband, son and pets.